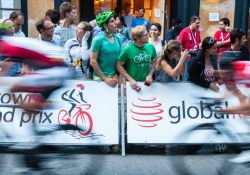 Vancouver, BC - BC Superweek is pleased to announce that online registration is officially open for this year’s series, which includes the Tour de Delta, Global Relay Gastown Grand Prix, Giro di Burnaby p/b Appia Development, PoCo Grand Prix p/b Dominion Lending Centres, and Tour de White Rock p/b Steve Nash Fitness World. Men’s races are for Pro 1/2 riders and women’s races are open to Pro 1/2/3 categories. “BC Superweek continues to grow as one of North America's most recognized professional road race series’ and we are already receiving a lot of interest from teams and riders from around the world,” said Race Director Mark Ernsting. “We expect to have as strong of a field as we’ve ever had.” 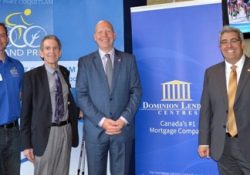 Dominion Lending Centres has officially signed on as the presenting sponsor for the PoCo Grand Prix, giving a major boost to the premier cycling event taking place in downtown Port Coquitlam on Friday, July 15. The announcement was made at a sponsor kick-off evening for the BC Superweek event hosted Tuesday night by Samz Pub. As part of Canada’s largest professional road cycling series, the PoCo Grand Prix is expected to attract thousands of spectators and cycling enthusiasts to downtown Port Coquitlam for a day of sport, live entertainment, family activities and more. 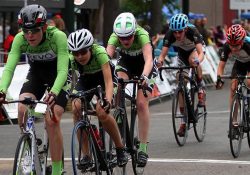 Vancouver, BC (April 14, 2016) - BC road cycling fans will get an exciting look at Canada’s next generation of cycling stars when boys and girls aged 12-16 go head-to-head at the opening race of each BC Superweek criterium this year. The BC Superweek Youth Series is a partnership between BC Superweek and Global Relay’s Bridge the Gap Fund, which coordinates the series. In addition to racing at the Tour de Delta Brenco Criterium, Global Relay Gastown Grand Prix, Giro di Burnaby p/b Appia Development and the Choices Markets Criterium at Steve Nash Fitness World presents Tour de White Rock, boys (12-15) and girls (12-16) will also contest a special Escape Velocity Tuesday Night Criterium, along with BC Superweek’s newest event, the PoCo Grand Prix p/b Dominion Lending Centres. 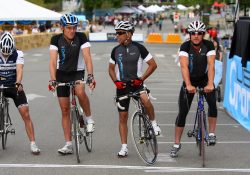 Corporate Teams Can Race Like The Pros at PoCo Grand Prix

Is your business up for the challenge? Companies can now register their teams for the PoCo Grand Prix Corporate Challenge, part of the BC Superweek cycling event taking place in downtown Port Coquitlam on Friday, July 15. Participating corporate teams of four will compete in recreational or competitive races along the same 1.3-kilometre course as the pros. As part of Canada’s largest professional road cycling series, the PoCo Grand Prix is expected to attract thousands of spectators and cycling enthusiasts to downtown Port Coquitlam for a day of sport, live entertainment, family activities and more. 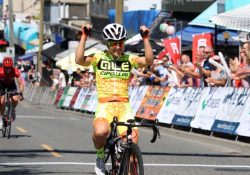 The Tour de White Rock, a member of BC Superweek, is very pleased to announce that Steve Nash Fitness World has signed on as presenting sponsor of the event for 2016. “The Tour de White Rock is a longstanding, world class sporting event. We would like to thank this year’s new presenting sponsor, Steve Nash Fitness World, for its generous financial contribution to our community, enabling us to deliver a stronger event for spectators, and professional and amateur athletes from around the world to take part in the spirit of sport and competition,” said City of White Rock Mayor Wayne Baldwin. “This partnership sends a clear message that Steve Nash Fitness World is a corporate citizen invested in building community spirit and pride while providing opportunities for athletes to excel to their potential.” 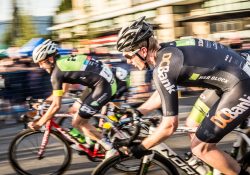 Gear Up for the PoCo Grand Prix – Volunteers & ​Sponsors ​Needed

A call for PoCo Grand Prix volunteers and sponsors is going out this week as planning for the July 15 cycling event swings into high gear. As part of BC Superweek – Canada’s largest professional road cycling series – the PoCo Grand Prix will attract thousands of spectators and cycling enthusiasts to downtown Port Coquitlam for a day of sport, live entertainment, family activities and more. “The PoCo Grand Prix is only five months away and we’re gearing up now to ensure it is a fantastic event that showcases the best of our community,” Mayor Greg Moore said. “We’re asking the community to gear up too by stepping forward to support the event as a volunteer or a sponsor.” 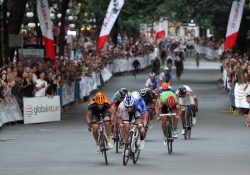 National and international professional cycling returns to Metro Vancouver from July 8 – 17, 2016 with BC Superweek. Featuring eight races over ten days in seven different communities, BC Superweek is comprised of five events overall. The Tour de Delta kicks off BC Superweek by hosting three days of racing that consists of the very fast MK Delta Lands Criterium in the evening on Friday, July 8, the Brenco Criterium in the historic fishing village of Ladner on Saturday, July 9, and the White Spot | Delta UCI 1.2 Road Race on the morning of Sunday, July 10, in Tsawwassen. 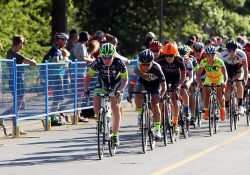 News that the PoCo Grand Prix cycling race will be held Friday July 15 is being touted as a major boost for the new event. Port Coquitlam was selected last fall as one of the sites for BC Superweek, Canada’s largest professional road cycling series, which takes place each July in five Metro Vancouver cities. The PoCo Grand Prix was originally scheduled to be held on a Tuesday in downtown Port Coquitlam. As a result of joint efforts between the City and BC Superweek to enhance the series, the date has been moved to Friday.